Just a quick post to thank my friend and artist, Mr. Tony Doench for creating a new variation on The Beefy Muchacho.

Yes... Those are Mickey Ears instead of the usual sombrero. Yes... That's a Figment doll instead of the pistolas.Yes... those are pins on the bandolier as opposed to bullets. Yes... I am pleased. A worthy Disney Blog Avatar.

Thank you Tony. You have outdone yourself.
Posted by Beefy Muchacho at 8:30 PM 2 comments:


It’s a little disconcerting to know that the one and only time where the concept of “imprinting” (creepily introduced in the Twilight books) actually applies to a real life situation is when I try to explain why I love Walt Disney World.

“Imprinting” is described as this sort of enduring love that takes on whatever form the parties need at that given time. At points it could be the love of a brother, a friend, a protector… Whatever best fits the situation.

After trying for the last 15 years of my life to explain exactly why I love Walt Disney World so much, it takes the god-forsaken Twilight story to really articulate it best.

Congratulations, Stephenie Meyer. I still don’t like your books.

When I was a young teen, and I visited Disney World for the first time in August of 1993, I wasn’t prepared to be so taken with a theme park. Don’t get me wrong… I was excited to go. I’d wanted to visit it ever since those ads showing Mickey waiving from the top of Spaceship Earth aired some time in the mid-Eighties. Or maybe it was when Keisha Knight Pulliam (Rudi on the Cosby Show) showed up riding Dumbo in some commercial. Or maybe it was… remember when Michael Eisner showed up in promos during the breaks of the Disney Sunday Night Movie? There was this one that always amazed me where they promoting their new attraction at Disneyland; Star Tours.

I mean… I was excited, but I also didn’t know what to expect. Sure, I’d heard of a couple rides, and I knew that people loved going, but in general it was a mystery.

I should also mention that I was the biggest wuss of any thirteen year old around when it came to rides. I was terrified of roller coasters. Well, really I was terrified of any thrill ride at all. And “thrill” could probably have been defined pretty loosely.

Partly due to that wussiness, I was probably just as nervous about a 4 day trip to Disney as I was excited. I was the kid who’d make a trip to King’s Island and make my dad regret the money he’d shelled out for a ticket. I was basically a glorified hat rack at a traditional theme park. Let’s face it… I still am. The Tofu Muchacha (My girlfriend) can attest to that. . What can I say? I just don’t like hurtling to the Earth.

What was I going to do for four full days if I was too scared to ride the rides?

What made me love it so much as a young, wussy teen was that I was finally presented with a theme park where thrills didn’t mean taking my life in my own hands. Where artistry and spectacle were just as important as speed and height.

When I was a kid, my trips to Disney World were completely new, visceral experiences. Entire days filled with joy and excitement and like… insane sensory stimulation.

The saturation discovery was so thick, so intense that I’d lie in the hotel room after a full day, and it would take me hours to fall asleep, despite my utter exhaustion. It was a fully emmersive aural adventure from start to finish. What may be most amazing is that because so little of the experience had anything to do with seeing how quickly and violently a ride could throw me at the ground, I even started to face my fear of rides while I visited. I knew that Disney’s agenda was to amaze me, not freak me the hell out. They wouldn’t do me wrong. So, slowly I tried some of the bigger rides. Space Mountain was a roller coaster, and it didn’t make me want to puke, and maybe if I squinted I kind of enjoyed it. Big Thunder Mountain was actually… fun. Dude…Progress.

The moment I’d get home from a trip, I would fantasize about going back. I would read about it, and plot out the familiar pathways in my head. I'd ride The Great Movie Ride in my dreams. I’d imagine being picked for the Indiana Jones Stunt Spectacular. If I closed my eyes, I could hear Jeremy Irons’ voice talking about “Our… Spaceship Earth.” Looking back, I’m insanely lucky the internet didn’t really exist back then, or I would have been difficult to drag away from the millions of message boards and forums and blogs that are out there now.

Over time, I managed to make Walt Disney World even bigger and grander in my mind than it was in life. It was a living thing for me, somehow.

As I got older, I changed. I got a little braver. I started to appreciate different things. Humor. Detail. Maybe even a little thrill… I developed a more-than-passing interest in the man behind the parks, my hero Walt Disney. I started to notice the storytelling in Disney movies that made them stand apart from the riff raff that otherwise pervaded.

I matured, and Disney World could have lost me, but instead it became the place I needed it to become.

I no longer go to Disney and seek out that sensory stimulation. I rarely still re-live rides over and over once I'm home again. A trip can keep me satisfied for much longer than it once did. I’ve started to see the flaws... The crowds, and the... crowds. And sometimes I notice a few more of the scuffs or strings or ride mechanics than I once did. I’ve even developed a love for sometimes visiting…gulp… other places.

But you know...Though I may enjoy the views of the Oregon Coast, or the devilish excess of Las Vegas, or the fresh air, scenery, and family in Denver… I still love Disney World more than any place on Earth.

For me now, Disney World is about the details and moments. Little ones, big ones, quirky ones.

Maybe it's the number of times I've been there, and my familiarity with so much that I'm more comfortable, but it's the details that bring me back now. It's the little things that make my heart beat faster, and a tear come to my eye, and a smile creep across my lips as I type this. The personal moments that cross my mind at the funniest times and make me want to go back again and again…

Everyone has their own favorites… For me there are so many that I would have a hard time narrowing them down.

Maybe it’s the Mickey Mouse towel arrangement laying on the bed when you first check into your hotel room. Maybe it’s the scent of oranges that always makes me think of Soarin’. Maybe it’s that moment where you can’t even help yourself, but you get giggly when Goofy gives you a wave from the autograph line. Maybe it’s that part in pirates where the drunk pirate goes “here kitty kitty kitty”. Maybe it’s the discovery that Jungle Cruise is so much cooler at night. Maybe it’s just sharing a ridiculously messy plate of beignets with the person you love before you hit the park on a given morning.

In the end, the reason I love Disney is because Disney found a way to adapt to my likes and interests as I grew from youth to adult without selling their souls to please me. They found the beautiful balance between innovation and nostalgia that makes every visit a special and unique experience. This balance creates memories that stick with you forever, because they aren’t cheap.

There are really so many moments and details and little pieces of memories that I could literally break down each ride, each street and walkway, each show that I could write a whole blog on each. Maybe, eventually I will.

In the coming weeks, months, and maybe even years, I’ll write a lot of words on all things Disney, and while I’d never purport to be an expert on Disney World, the Disney Company, or Walt Disney himself…

One thing is for sure…

I am an expert on MY Disney experience, and that’s what this blog is to me. It’s my love letter to a place, and an organization, and an idea that makes me feel inspired, emotional, nostalgic, and awed.

I sincerely hope you enjoy. 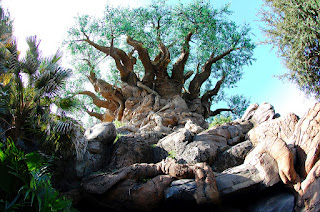